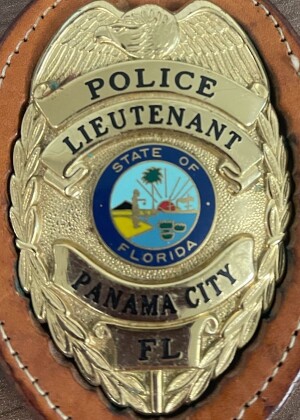 Claude H. Arnold went the way of his ancestors on Saturday, April 3, 2021.  He became a victim of the Corona Virus-19 and was in Jackson Hospital, Marianna, Florida. Claude was a lifetime resident of Panama City, Florida, graduated from Bay High School, and a few years later graduated from Berkshire Christian Theology College with a degree in Theology.  From 1979-1985 he was involved in missionary work for the Advent Christian Church denomination.  After earning a certification of completion from the Police Standards and Training, spent the next twenty years earning recognition and awards in various departments and activities in the Panama City Police Department, retiring with the rank of Lieutenant. Other awards and achievements include: Chamber of Commerce, Leadership Bay, Council of Aging, Bay District Schools, and County Courts Mediation Program.  He was a member of St. Andrews Yacht Club and an active participant in working to help elect his favorite political candidates.  From 2005-2006 Claude worked as International Police Instructor in Baghdad, Iraq for the Department of Defense. He was responsible for training the security forces in Iraq in police techniques; the democratic form of government as it relates to security measures, IED detection which includes, Critical Incident Management; First aid and a number of other matters.  After nine months he was promoted to Captain and placed in charge of the Academy’s division of Border Patrol Enforcement, being responsible for 450 students, and other including one crusty old Brigadier General.  Claude was a kind, fun-loving fellow, loved people, and helping when he could, whether it be financial, physical, spiritual, or taking the part of the under-dogs society.  “CC” as he was known in college days knew when to run and when to holdfast. This mentality saved his life time or two while working in police work.  Claude believed strongly in the Salvation Truths and was instrumental in showing God’s love to those who did not now Jesus and His saving grace.  Survivors include his friend and partner Winnie Paulk; mother Marjorie Arnold; sister Arlene Funderburk (Bobby); daughter Heather L. Arnold; sons Jessie A. Arnold (Sunshine) and Raymond H. Arnold; grandchildren Colton, Ava, and Skyler ; as well as many loving cousins and friends.  A funeral service will be11:00 a.m. Friday, April 9, 2021 at Kent Forest Lawn Funeral Home, Panama City, FL.  Interment will follow the services at Evergreen Memorial Gardens.

To send flowers to the family or plant a tree in memory of Claude Herman Arnold, please visit our floral store.

Video is available for this event